April 29, 2019 By Matt Richardson in US Politics Leave a comment

As a democrat longing for the day when Donald Trump returns to his golden tower on 5th Avenue, this past week got me a little worried.

The worry set in after listening to hours of Fox News, MSNBC, and CNN on XM radio in the car on my way to Florida.  I digested it all while watching the Hall of Presidents in the Magic Kingdom in Disney World.  The Trump animatronic only made it worse: 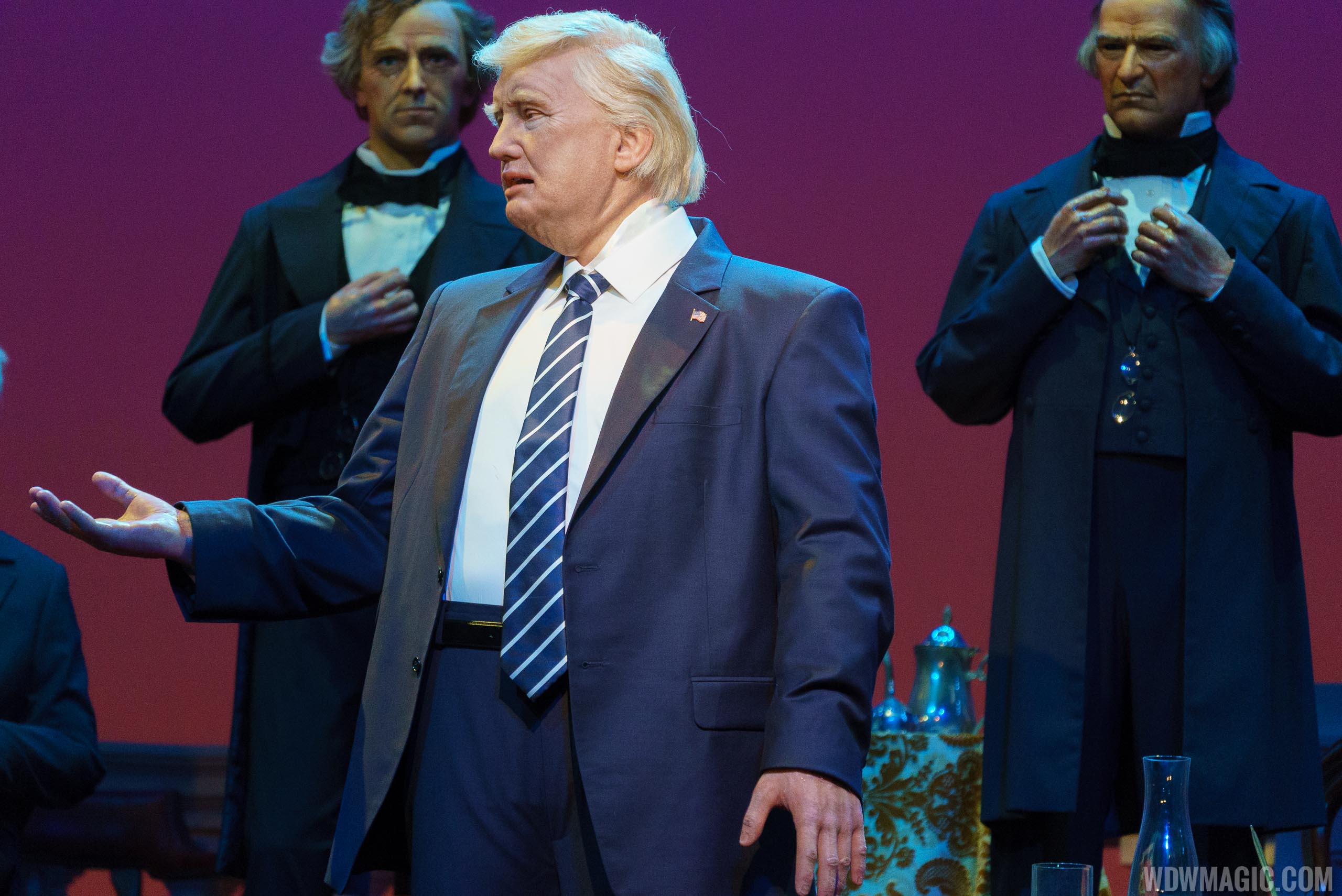 It was a mistake to fall for the obvious trap.  After all, these networks make money by getting people riled up.  But they had me believing that democrats are going to destroy themselves (and their chances to win) before they ever get a chance to take on Trump next year.  The front-runners, pundits claimed, would be so bloodied by left-wing activists that they would have nothing left for the general election battle to come.  A democratic house divided against itself was sure to fall!  The TRUMP Empire would continue to rule the galaxy!

The imminent doom was reinforced with six more hours of political XM radio on the way home, and it lasted, strangely, right up until the time that I started writing this blog post.

The original title of this post was “Democratic Civil War in 2020?”  Then I read what I wrote, came to my senses, deleted it, started over, and came up with my own take instead of a regurgitation of what reporters say on the radio.  Here it is:

The democratic field that has emerged for 2020 is the the most diverse in history.  We have multiple minorities, women, and an openly gay man in the mix.  This diversity is a strength and a liability.  The obvious strength is that you’re bringing together a cross section of the American populace under one political tent.  The weakness is that the losing sections may be so upset with what they consider defeat that they leave the tent and don’t bother to return until 2024, causing a low-turnout election and a repeat of 2016.  Remember all those Bernie voters who didn’t bother to come back out to vote for Hillary Clinton?  They may have cost her the election.

When Joe Biden formally entered the race this past week, he became an instant target for the media.  According to the pundits, Biden is three things that Democratic voters don’t like anymore:

In addition, they say he’s been around too long and that he represents too much of the old establishment that younger voters reject.  They shrug off Biden’s popularity with African Americans in important primary states like South Carolina as “name recognition” or “Obama’s coattails.”

But regardless of what the pundits say, the two old white guys, Bernie and Biden, are currently leading in the betting markets: 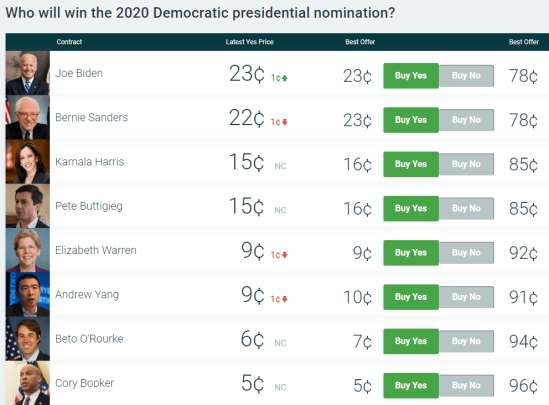 Quick political hack:  If you want to know who’s really winning a race, look at where people are putting their money instead of what they are telling pollsters.

I tend to agree with those with their money on the line.  I don’t think being an old, white male is a liability, even in the democratic party in 2020.  In fact, being a minority, homosexual, or female is more of a liability.  Trump is a master at exploiting others as “outsiders,” and he’s already beaten one woman.  And remember, two of the most important early primaries are South Carolina and Iowa.  These states aren’t exactly leading the progressive charge.

The talking heads brought up another (apparent) conundrum facing the democratic field.  According to the pundits, Democrats are faced with two disparate options:

The argument is that democrats will spend so much time attacking Trump that they will forget to offer a vision for the future worth voting for.  Combined with a good economy, this is an apparent recipe for another Trump term.

I got mad at this one.  This is an idiotic and false choice because any politician worth being elected to the highest office in the land will be able to do two or more things at once.

The real recipe to beat Trump is simple:

The good news is that you can do all three of these things at the same time.

So, ignore the talking heads for now.  And rest assured that it in 2019, it’s still o.k. to be old and white and male.  But you better look after those that aren’t, or you’ll spend all your time looking over your shoulder while Trump hits you where it hurts.