The time for superfluous introductory paragraphs has passed.  The results are in.  Here’s what I predicted vs. what happened, starting with the upsets:

Prediction:  deViere will hold serve with Democrats and win enough unaffiliated voters to gain a significant early-vote advantage.  DeViere and Meredith will be sweating election night returns as deViere’s lead dwindles, but in the end deViere pulls off the upset with a razor thin margin: 50.6-49.4. 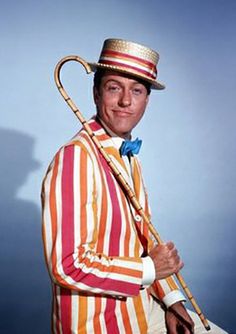 What happened:  deViere jumped out to an early vote lead of around 2500 votes.  The lead dwindled to 700 votes with five precincts remaining.  The remaining precincts came in at 10:30 p.m., and deViere hung on to beat Republican Incumbent Wesley Meredith by just over 300 votes.

I’m a bit proud of myself for calling this one so close.

Prediction:  Incumbent Tal Baggett was endorsed by the local Democratic party, but Caitlin Young Evans has run a smart and tenacious campaign.  Females have done well in Cumberland judicial races as of late, but I think Baggett will win with a combination of name recognition and a larger share of Republican and Independent voters.  Judge Baggett keeps his seat 53-47.

I should have stopped writing my prediction at the end of the pink sentence.  This was a “change” election and I, like many, over-estimated the power of incumbency in this race.  Evans ran an impressive campaign and outworked her opponent.  In the end, she shocked a lot of people in Cumberland County.

We knew this one would be close.  It was the only congressional race in North Carolina that I thought the Democrats would flip.  They failed.

McCready won 6 out of 8 counties in the district, but was annihilated in Union County.  It cost him the race.

Richardson outperformed even his son’s expectations.  The election-day vote actually increased his early-vote lead as the results came in.  On a good night for Democrats, Richardson solidified his position as “Olde Fayetteville’s” representative in the North Carolina House.

Prediction:  Ben Clark (Senate 21), Marvin Lucas (House 42), Elmer Floyd (House 43), and John Szoka (House 45) are all in radically gerrymandered districts.  They will all be re-elected without difficulty…..

Result:  They were all re-elected without much difficulty.

Prediction:  This one is going to be a landslide.  You can look at the Democratic and African American turnout in the early vote in Cumberland County and tell that no Democrat is going to lose a county-wide race.  Ennis Wright remains our Sheriff by beating Charlie Baxley 60-40.

The result speaks for itself in this one.

Prediction:  (Cindy Blackwell)….faces the same problem as Charlie Baxley and every other Republican that tries to run county-wide in Cumberland.  Lisa Scales will win 56-44.

Hudson cruised in this Republican-leaning District, as predicted.

On November 6, 2018, Cumberland County solidified itself as a Democratic stronghold in the era of Donald Trump.