Dallas Woodhouse was in a hurry to get ballots printed after a court ruled in favor of Republican Legislators today:

The case involved Governor Cooper’s challenge to the new, improved ballot language describing constitutional amendments that take away his power.  It’s opening weekend in college football, and Lee Corso has a response for Dallas:

The Supreme Court of North Carolina wants a bite of this apple and certified review mere hours after the case was decided.

Amazingly, the Supreme Court is forcing lawyers for Gov. Cooper and the Legislature to file briefs and supporting documents in a matter of hours: 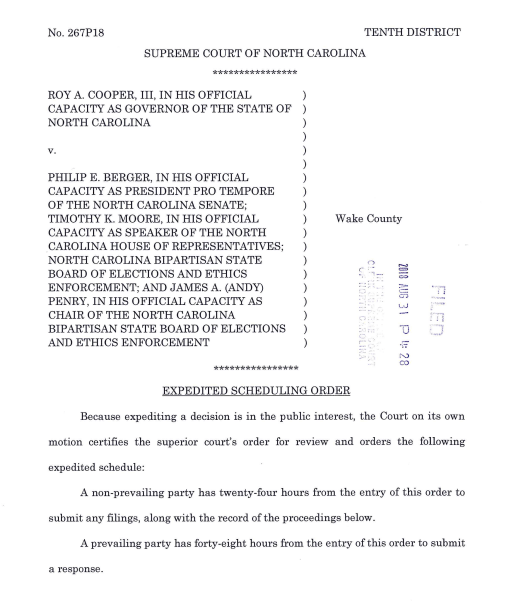 The clock is literally ticking.

The Court will decide the matter without oral argument.   In the meantime, I hope the lawyers aren’t college football fans.