January 30, 2019 By Matt Richardson in NC Politics Leave a comment

One of my legal heroes is Justice John Paul Stevens who retired from the Supreme Court in 2010.  I got to see him live on the bench when I was in college, and he reminded me of my late grandfather.  He rocked a bow-tie throughout the decades. 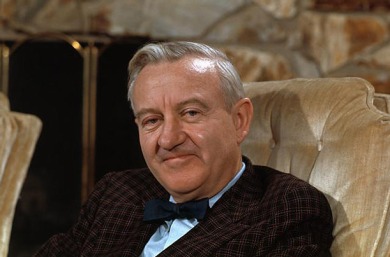 Stevens was appointed by Gerald Ford, a Republican, and came to be known as a “liberal” justice in his 35 years on the bench.  One might say he evolved with the times while his party didn’t.  I am the “one” who might say that.

I thought of Stevens after reading a short editorial in the Fayetteville Observer and some recent news about Governor Cooper.  We’ll start with the Observer’s piece titled, “The Price of Politics“:

After every election on just about every level of government, we shake our heads a month or two later as we learn how much candidates have spent to win their races. We’re doing that this week as we try to absorb the news that Wesley Meredith and Kirk deViere spent a total of nearly $2.4 million on the campaign for the N.C. Senate seat that Meredith lost and deViere won.

That’s astonishing, really — $2.4 million for a job whose base pay is a bit under $14,000 a year. Even with per-diem expense payments and other extras, that seat sold for many multiples more than it will return to winner. And the grand total is even more than $2.4 million, because the campaign finance reports don’t track what advocacy groups spent to promote the candidates. The money came from individual donors, the political parties and from political committees. Ultimately, a big chunk of it came from people with deep pockets, people who spend lavishly on political campaigns.

And do you suppose they expect something in return? Based on what we see happening in the General Assembly in any given year, it appears the donors get what they’re looking for.

And what about we, the people?

Yes, we still need campaign finance reform. More than ever.

Now for the news about Governor Cooper:

It seems he’s kicking off his re-election campaign in New York City!?

Why in the world is “Nash County” Cooper announcing his re-election bid in New York?  Well, besides failing politically, he’s raising a lot of money from people with a lot of money.  Cooper’s not a political novice.  He had to know there’d be blow-back, and he’s decided that it’s worth the cash.

Predictably, the Republican Party was all over it:

“By announcing his re-election campaign for governor of North Carolina in New York City, that tells voters all they need to know about Roy Cooper,” NCGOP chairman Robin Hayes said. “Behind that folksy facade is a big-city liberal Democrat ready to bring failed tax-and-spend policies to NC to please his wealthy Wall Street donors.”

Robin Hayes, chairman of the NC GOP, spoke at the fundraiser for U.S. Rep. David Rouzer at the Figure 8 Yacht Club in Wilmington on Aug. 10 when he asked attendees to donate to the party organization to help Rouzer…

“This is an envelope. You have heard things that should inspire you to dig deep tonight. But federal law says you can only give, you and your wife, $5,200 to David Rouzer,” Hayes says in the recording. Rouzer then corrects him to say the individual federal spending limit is $5,400 per year.

“But you can take this envelope, put money in here and give it to your friend and citizen, Robin Hayes, who happens to be party chair and I can take unlimited money and put it to his campaign, legally,” Hayes said.

How many yachts in the Figure 8 Marina on August 8th, 2018 had the words “North Carolina” written on the stern?  I bet less than half.

Back to Justice Stevens, who wrote the dissenting opinion in Citizens United, the seminal campaign finance case.  Stevens argued that the government should be allowed to place reasonable restrictions on the way corporations advertise in political elections:

At bottom, the Court’s opinion is thus a rejection of the common sense of the American people, who have recognized a need to prevent corporations from undermining self government since the founding, and who have fought against the distinctive corrupting potential of corporate electioneering since the days of Theodore Roosevelt. It is a strange time to repudiate that common sense. While American democracy is imperfect, few outside the majority of this Court would have thought its flaws included a dearth of corporate money in politics.

Stevens lost this one.  You can thank the five winning Justices on the court for a great deal of the political mailers and ads you see on TV around election time.

Barack Obama criticized the majority opinion in Citizens United in a State of the Union Address, arguing that it opened the floodgates to foreign money in American politics.  This drew a “Not True” from an aggravated Justice Alito:

Flash forward to 2019, and the FBI is hopefully wrapping up a multi-year investigation into Russian interference in our elections.  Raleigh and Charlotte were targeted by the Russians in 2018.  Perhaps Obama was onto something?

In the end we’re left with real world examples of a broken system.  It makes everyone a hypocrite, and our leaders become beholden to everyone except the people that actually elect them.  So what’s the answer?  How do we fix it???

Justice Stevens had a solution to all this, after he retired:

He proposed the adoption of a constitutional amendment providing that: “Neither the First Amendment nor any provision of this Constitution shall be construed to prohibit the Congress or any state from imposing reasonable limits on the amount of money that candidates for public office, or their supporters, may spend on election campaigns.”

“While money is used to finance speech, money is not speech.”

His proposal was rejected by many Republicans, including Senator Rafael Edward Cruz (R-Texas), who said:

“Money is and always has been used as a critical tool of speech.”

And so it will remain.