The legislature has delayed, yet again, the cleanup of Jordan Lake.  The lake has become tainted with algae blooms due to runoff and development in the Triad and Triangle.   If you live in Cumberland County, this matters to you.  Jordan Lake is fed by the Haw River.  The Haw River joins with the Deep River below the Jordan dam, and this junction marks the start of the Cape Fear River (and a great cat-fishing spot).  The Cape Fear River flows through Fayetteville where it is used for your drinking water.

I grew up fishing and camping at Jordan, and I like clean drinking water (as all human beings should), so I’ve been frustrated to see the overall decline of the lake.  With increasing development upstream, the problem is getting worse. 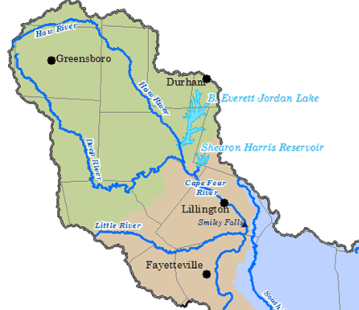 In 2009, rules were put in place by our legislature to attempt to curtail pollution in the lake.  These rules were costly for developers in the surrounding metropolitan areas of Greensboro, Durham, Cary, etc.  They required stream buffers, retention ponds, and other ways to limit runoff into the watershed.

Developers didn’t like the rules, so they gave money to powerful Republican candidates who took control of the legislature in 2010.  The legislature has delayed the implementation of the rules four times over the past decade.  This week makes five.  Developers are happy. 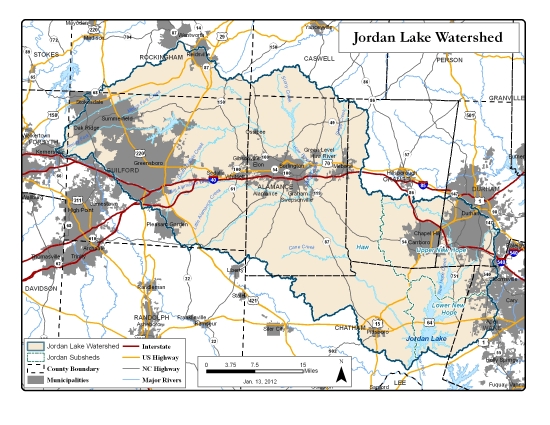 Our legislators have been very creative with their procrastination.  A few years back, they came up with a million dollar, absurd idea to stir the water with floating, solar-powered machines called “solar bees.”  Proponents argued that the churning water would alleviate the algae blooms.  The program gave legislators cover to delay regulation for a few more years.  The corporation that made the bees got rich off your tax dollars.

Of course the bees failed, and I don’t believe they were ever intended to work.  The whole thing flew in the face of common sense.  Try stirring a swimming pool with a kitchen spoon. 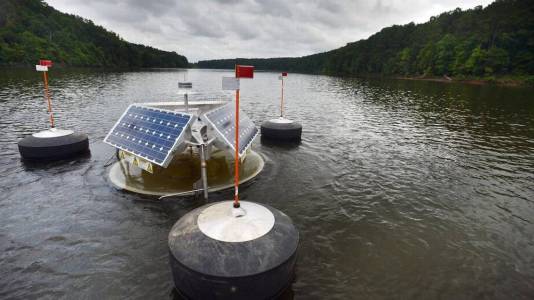 As I sit here today, downstream of the lake, I’ve learned that there is no “plan B.”  Apparently, we’re just going to put off the problem for a few more years.  Our legislators want to “study” the issue some more to find “cost effective” solutions to the pollution.

One day we’re going to wake up and realize that we no longer recognize the state of North Carolina.  And we can’t say we weren’t warned.  Bruce told us back in ’88: